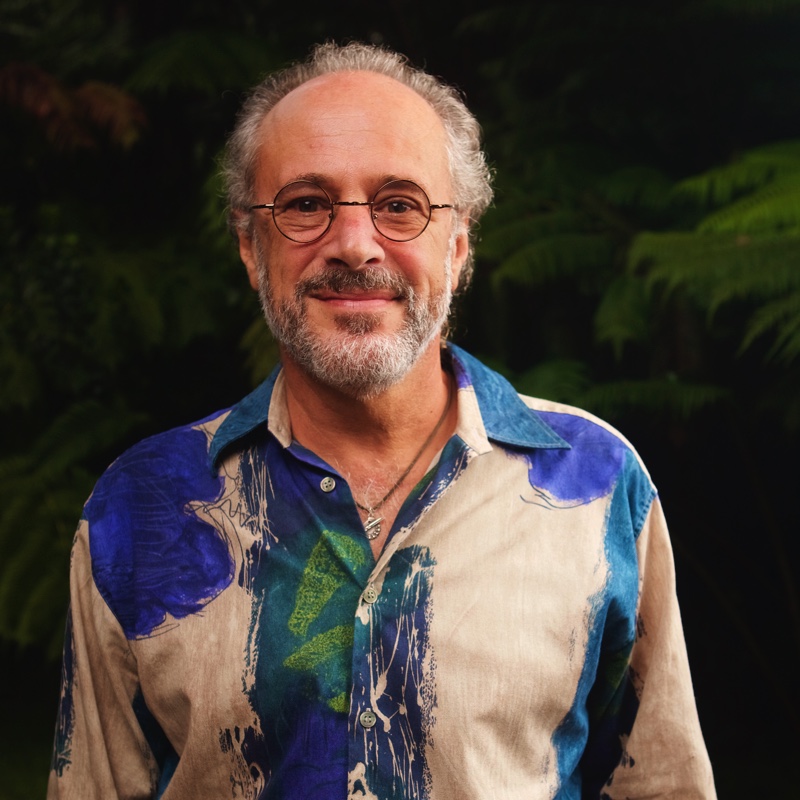 Ken Charon was born in New York on July 26, 1954. He traveled to Europe at an early age with his family, and ended up calling Paris, France home from 1971-1983. During that time he studied art there, at the Academie Julian in Paris, as well as in Switzerland and at C.C.A.C. in Califomia. In I978 Ken went to the Seychelle Islands, off the coast of Africa in the Indian Ocean, on a painting expedition. During those seven months the vibrant island landscapes as well as the lifestyle captured his imagination. Before leaving Europe Ken exhibited his acrylic canvases several times in France, Switzerland and at the Salon des Illustrateurs in Paris in I983.

Since moving to Hawaii in I984 Ken Charon’s paintings have been exhibited throughout the state and especially on the Big Island where he has won many awards. Among these include; Best Peace Art at the I988 Aloha Peace Festival, held at the Kona Surf Convention Center in Kona; and 1st & 2nd Prize at the Fall Arts Festival, held at the East Hawaii Cultural Center in Hilo, I993. He has painted murals, two of which can be seen at Malia

Ken enjoys working with Hawaii’s children and has done so since I986 with the Artists in the Schools program, as well as in private lessons and summer camps. He has also worked with the developmentally and physically disabled with VSA arts.

In September, 2000 he exhibited a retrospective of 60 works done over the last 22 years entitled Enlightening Visions and in 2002, 21st century works at the East Hawaii Cultural Center. During these recent years Ken received more awards. Among them were an Honorable Mention and the Recycle Hawaii award at the 2006 Trash show at the EHCC, and in the Hawaii Nei show at the Volcano Art Center, where he received an award for the Best Native Plant, Ken also exhibited in the 1st Schaefer portrait challenge in 2003 on Maui.

After over seven years as members of Ka Huina Gallery in Hilo, in February of 2001 Ken and his wife Rebecca opened Stairway to Art, an artist’s cooperative dedicated to the freedom of expression. It’s just a stairway away from the Hilo Farmers Market. There, along with twelve others, Ken exhibits his work and conducts lessons.

“Having acknowledged that visualizing a goal will help one achieve that goal, I have done my best to use my talents as an artist to visualize a better world, in the hope that my artwork will help promote and achieve positive change. Sometimes I develop ideas in my mind over long periods of time, and other times the idea comes to me from the subconscience in a ﬂash and I go with it, without asking too many questions. But I always see that they will depict principles that I hold dear to me. Sometimes my paintings express goals within my grasp and other times they seem idealistic and hard to achieve. But I have come to understand that my art is positive visualization. It is my expression of art therapy for me, my community and my planet.” 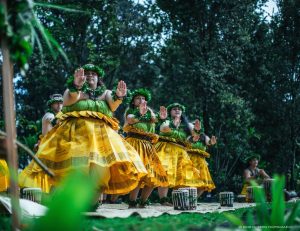 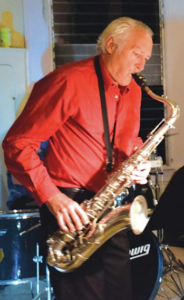 Jazz in the Forest: Holiday Spirits! What A Wonderful World! Read More »

Keiki Drawing Classes with Ken Charon  Tuesdays, 3:30 – 5:00 pm | November 15 – December 6 A series of 4 drawing classes for children ages 8 to 14 at Volcano Art Center’s Niaulani Campus. Ken’s lessons focus on drawing things from life. Portraits, landscapes, and still-lifes will be encouraged as a way to …