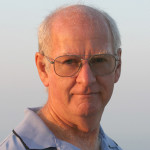 Edwin Kayton has been prolific in the mediums of oil, drawings, and sculpture for 25 years. Often called a “renaissance man” by gallery representatives, he recently added the medium of true fresco to his repertoire.

Deeply influenced by the works of Rembrandt, Caravaggio, and Velasquez, Ed focuses on depicting form through the use of strong light and shadow. Graduating from Museum Art School (Portland) in 1967, he received the Outstanding Student award.

Ed lives primarily on the Big Island of Hawai’i but also spends several months each summer in Italy, often working plein aire. He studied marble sculpture in Pietrasanta in 1994, enjoyed a solo exhibit at the U.S. Consulate in Milano (2001) and participated in the 2005 Firenze Biennale, a worldwide invitational exhibit held in Florence. His originals and reproductions are collected by individuals and corporations in Hawai’i, the mainland, Europe, and Asia.