Music and lyrics written by Brent Dowe and Trevor McNaughton of the Jamaican reggae group, The Melodians.
This song was written in 1970.

This song was written by Randy Lorenzo in 2004. This song has become popular among Randy's recorded material. 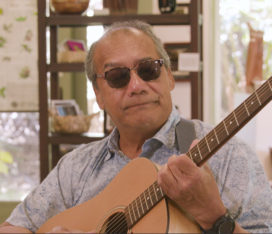 Randy is a much-loved longtime member of the local music scene in Hawai‘i. He is a multiple Nā Hōkū Hanohano award winner and Grammy winner. His impressive resume includes recordings with Olomana, Country Comfort, Gabby Pahinui, Peter Moon Band, and Ry Cooder, among others. In addition to being an accomplished solo performer and singer/songwriter, Randy remains active in playing and recording locally in the Hawaiian islands and the mainland.