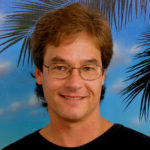 At an early age Thomas Deir wanted to work in a creative field. He wanted to put his ideas into a tangible form that others could enjoy. During his adolescent years, Thomas explored the options that were available to him including drawing, photography, architecture, acting, and music. He became fascinated with visual arts and recognized that the principles of design and composition are foundational to all visual art.

Creativity was his driving force. At the age of 18, while attending the University of Hawaii, Thomas was promoted to assistant art director. “Within two years I became the art director and quickly reached a plateau,” explained Deir, “and I began to look outside of graphic arts for something new.”

A former client approached Thomas with a consultation request regarding the design and fabrication of decorative tiles. Realizing the permanency of tile, Thomas quickly became interested in its potential and began the process of mastering the medium. As he developed techniques to produce graphic and decorative art in tile, he felt driven to develop as an artist.

Thomas soon met the classic surrealist painter John Pitre who mentored Thomas in fine arts and the skill of painting. This was a turning point for Thomas – his problem-solving skills were engaged as he developed as an artist.

Thomas has exhibited in galleries in Hawaiʻi  and the National Inventors Hall of Fame Museum in Akron, Ohio. He was commissioned to create the tile mural for a City and County of Honolulu restoration project-the entrance to the Hanauma Bay Nature Preserve.   Through the Hawaii Artist-in-the-Schools program, Thomas taught children in 15 Oahu schools how to paint murals on canvas and tile for their schools.

His mission: Lead a positive life. Believe in the good in people; be kind, compassionate, humble and patient. Think of consequences when making decisions, and recognize mistakes as an opportunity to learn. Strive for perfection and then be satisfied because you have done your best and nothing is perfect.