The Jazz in the Forest 2016 Series kicks off with two performances (4:30pm & 7:30pm) on Saturday, January 30, and will feature Jeannine Guillory with Volcano Art Center’s Jazz Ensemble. The Jazz in the Forest concert series offers an extraordinary opportunity to hear the highest caliber jazz – anywhere – up close and personal.

An acclaimed vocalist in Hawai’i, Jeannine’s background in Jazz, Reggae, Pop, Rhythm and Blues lend to a strong versatile sound and energy that gets her audience and peers alike to stand up and applaud her amazing voice and on stage presence. She is a “must see” if you see her name on a billboard.

She has studied Jazz and Classical music as well as musical theatre. She most recently played the part of “Sheila Bryant” in “A Chorus Line.” Jeannine has performed at venues throughout Europe, South America and the United states. Stage performances include the renowned Montreux Jazz Festival in Switzerland and the Big Island Jazz Festival. She wowed the audience joining Pauline Wilson, Keahi Conjugacion and Jessie Powell last month. She is a former vocalist with the internationally known reggae/jazz group “Groundation” which continues to tour the globe.

Jeannine is currently a popular mainstream vocalist with Pacific Fusion and Island Express throughout Kailua-Kona and along the Kohala Coast on the Big Island of Hawai’i. She also appears with Volcano Choy Jr. at selected venues around the island and was featured as one of the “Divas of Jazz” at Volcano Art Center.

The Wine and Beer Room will be open for attendees to enjoy before and after the concert.

And as usual, an area has been set aside for dancing, so you don’t have to stay in your seat when the band starts to swing and you’re moved to your feet.

Tickets are available for sale at VAC’s Administration Office in Volcano Village, VAC Gallery in Hawai’i Volcanoes National Park, and at Basically Books in Hilo. The last day to purchase tickets online, at VAC Gallery, or Basically Books is Friday, January 29. After that, tickets will be sold at the door if they are not sold out. Tickets will be held at Will Call on the day of the show. OR, you may pick them up any day before the show at Volcano Art Center’s Niaulani Campus Administrative Office, Monday through Friday, 9am-5pm.

Get ‘em while they’re hot! 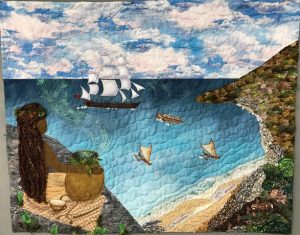 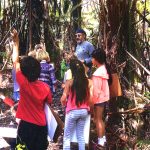 Keiki Drawing Classes with Ken Charon  Tuesdays, 3:30 – 5:00 pm, July 5- August 9, 2022 A series of 6 drawing classes for children ages 8 to 14 at Volcano Art Center’s Niaulani Campus. Ken’s lessons focus on drawing things from life. Portraits, landscapes, and still-lifes will be encouraged as a way to prepare … 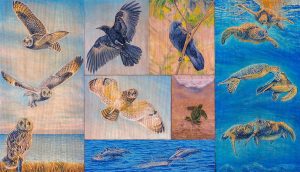 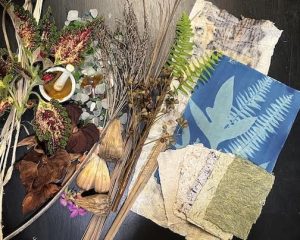