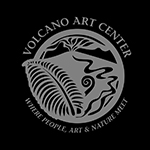 Aidan Murray was born in 2001 in Massachusetts outside of Boston.  After living there for 12 years, he moved with his family to Kailua-Kona, on the big island of Hawai’i. Currently, Aidan attends Oak Meadow High School, a learning distance private school.  It was during the 2015 Donkey Mill Art Center’s summer camp that he was introduced to printmaking. Under the guidance of printmakers at the Donkey Mill Art Center’s print studio, Aidan has produced many prints using a variety of mediums.

Aidan is inspired by people, objects, and the everyday actions he sees being performed  around him. In his art, Aidan seeks to create a  feeling and/or message through the objects, actions, and beings he puts in his pieces. His favorite mediums are woodblocks and etchings, but he has also produced some monotypes.