Hugh was born in Indiana and raised and educated in the Indiana/Michigan area where he met his future wife Jacqueline. Eventually the warmer climate of the southwest won out the Midwestern winters and he gave up his construction business for a power company in Phoenix, AZ. From there he was eventually hired by General Electric Co. This position would take the family to various areas, from AZ to CA and NM, keeping Hugh on the move. During a much needed vacation to Hawai`i, Hugh and Jackie fell in love with the islands and the friendly people. It didn’t take much discussion for them to decide this would be their chosen future home and also to get Hugh off the travel circuit. In 1969 Hugh took a leave of absence. They packed their two teenagers and moved further west to Hawai`i. He resigned his GE position a year later and got back to working with wood, particularly Koa wood. Today they have four grandchildren, seven great grandchildren and one great-great granddaughter. Their son passed away in 1985 but their daughter and most of the group live nearby so holidays are a true family occasion. Hugh and Jackie feel very blessed to be with ohana in beautiful Hawai`i. 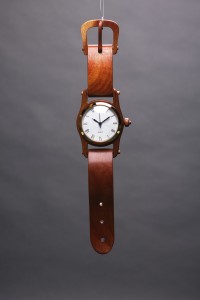 View more work by Hugh Matthews by visiting his page on our online store here.